Indonesia is prone to earthquake, such as the one off the cost in Sumatra that resulted in the 2004 Tsunami and another large one in April 2006 in Pangandaran Cost, South of Java Island. Although visitors shouldn’t overly concern themselves with this threat, it is important to keep up-to-date and avoid travel to areas that have been affected.

Currently, travel to the South of Sumatra such as Riau, Palembang, Lampung area and South & West Borneo is not suggested due to the heavy air pollution haze from Forrest fire, as well in the Northern Sumatra area in Karo Village near Bukit Lawang from the eruption of the Sinabung Mountain. As for in Java, the Volcanic activity from Mount Raung in Banyuwangi, East Java is affecting flight schedules and the operation of regional airports including Ngurah Rai International Airport of Bali, Lombok International Airport, Selaparang Airport in West Nusa Tenggara, Blimbinsar Airport of Banyuwangi, Abdul Rahman Saleh Airport of Malang and Juanda International Airport of Surabaya.

Mount Lokon, an active vulcano in Sulawesi Island, located in the Minahasa Highland at Tomohon city, North Sulawesi are erupted on July 20th, 2015, release its most powerfu eruption yet and spewing ash up to 3KM. And it keep continue with various size of eruption till late August 2015. Big evacuation are arranged by the Search and Rescue team within the nearest village of the Vulcano. The Volcanology and Geological Disaster Mitigation Center has maintain Mount Lokon status at alert level 3 (on a scale of 1-4) and the locals are fobiden to doing any activity within 2,5KM radius around the crater.

Although no vaccines are required for foreigners to enter Indonesia, but visitor are advises to have Malaria vaccines or anti-malarial drug if you are traveling deep inside the forrest such as Papua and Borneo region.

Wearing mosquito repellent and long pants and shirts in highly suggested when you are traveling to National Park with deep Forrest such as Lore Lindu National Park, Tangkoko Nature Reserve and Dumoga Bone National Park. This will help you to keep protected from getting diseases like Malaria and Dengue Fever. Bring along extra insect repellent when you visit Tangkoko Nature Reserve in North of Sulawesi. Its brimming with microscopic mites called ‘gonones’ which love to squirm past your clothes and onto your body, especially the warmer parts. Spray or apply generous amounts of insect repellent onto places where there is little ventilation such as armpits, underneath your sock, belt lining, and crotch.

Always avoid drinking non mineral water, only drink bottled water which is widely available in most shops. Make sure you eat only peeled fruits and cooked vegetable to avoid getting diarrhea. If you are prone to an upset stomach, its best not to eat from roadside stalls or drink beverage containing ice.

The unit of currency is The Indonesian Rupiah (IDR) or also know with symbol Rp. The largest bank note its Rp100.000 and goes down to Rp50.000, Rp20.000, Rp10.000, Rp5.000, Rp2.000, Rp1.000. The best way to get your money exchange into IDR currency are banks and money changers which can be easily found at major cities like Makassar, Toraja, Palu, Gorontalo, and Manado. Please be advice that Money Changers and Banks in Indonesia WILL NOT accept any old Bank Notes later then 2006. The condition of the Bank Notes will also effect the exchange rate. Some Banks and Money Changers will not accept any Bank Notes if its dirty, wrinkle, stained or torn. Higher exchange rates are offered for bills issued after 2010.

ATMs also can be found in the large cities in Sulawesi Island. But please remember that there will be charges or bank fees or commission made by your bank for every transaction or withdrawal you made from your ATM card. Credit Card (Visa, Master Card and American Express) is widely accepted, but it’s also not advisable to use in small merchant because of Credit Card Fraud and Cloning. Do not leave your Credit Card unattenden. Some merchant will charge a surcharges between 2-3% and that is very common in Indonesia.

Entering Indonesia, Foreigner are allowed to bring in a maximum of 2 (two) litres of alcoholic beverages, 200 cigarettes, 50 cigars or 100 grams of tobacco and a reasonable quantity of perfume for personal use.

Indonesia has recently extended the list of countries who are eligible for a free visa upon arrival. Please note that visas are valid for 30 days only and it count starting from you arrival day in Indonesia. Check the following link for complete information about Indonesian Visas. 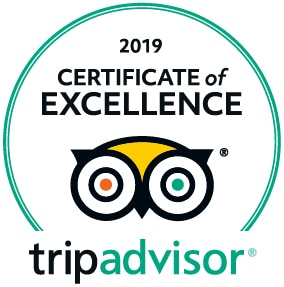